Dog owners can be held liable for bites and other injuries caused by their dog. Michigan recognizes two separate and distinct causes of action for dog bite. One is statutory and the other is under Michigan’s common law.

Common Law Liability
Common law liability for dog bite is created by statute and recognized in the case law. The predicate to liability under the common law is knowledge on the part of the dog’s owner of the animal’s propensity to viciousness. Propensity to viciousness requires proof of a vicious, dangerous nature, but does not require proof of previous bites. Although evidence of a previous bite may be relevant, it is not determinative on the issue. Michigan does not recognize a “one bite” rule.

Dog Bite Act
The second cause of action recognized in Michigan comes under the Dog Bite Act. This Act is often referred to as one of strict liability. However, it represents strict liability only insofar as it does not require fault on the part of the dog owner. The elements of liability under the Act are ownership of the animal; a bite; lack of provocation; and that the person, who is bitten, is lawfully on the premises.

The inclusion of a requirement that the dog not be provoked in order to establish liability removes the statute from strict liability in any real sense. Where the dog has been provoked, liability does not attach. This is so even if the response of the animal to the provocation is substantially disproportionate to the nature of the provocation itself.

One of the great difficulties with the Act is its lack of a definition of “provocation.” Since there is no definition of provocation, this leaves wide latitude for the trier of fact. It also presents unique trial opportunities for the defense. Literally any act which elicits a vicious response from the animal may be found to be provocation. Intent is not an issue. Even accidental acts may be provocation. For instance, where a 3-year-old girl accidentally stepped on the tail of a dog, and the dog has bitten in response, it was appropriate on the part of the jury to find provocation. These were the facts of the Michigan Supreme Court case of Nicholas versus Lorenz. The logical implications of that case are to the effect that any slight act on the part of a person without respect to motive, age, knowledge or ability may be considered provocation, which will bar recovery under the statute.

The lack of definition in the statute has created an area of law which is both unclear and unjust. The informed trial practitioner should be aware of this problem and prepared to address it. At Hohauser Kuchon, we have the knowledge, experience and expertise to handle your case. Contact us today.

Reference our videos and articles for more information on this topic. Or contact us, we’re happy to answer questions about your case.

Watch as Michael Hohauser speaks with his daughter, a local veterinarian about dog bite laws.

DO YOU HAVE A CASE??

Our expert staff will evaluate your claim free of charge. Contact us today. 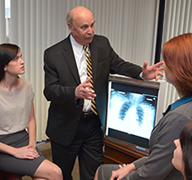 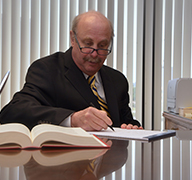 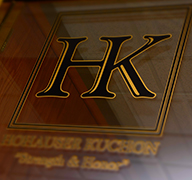